Nellie Belle, the blue Bianchi, has been in the shed for a couple of weeks now. By the tim 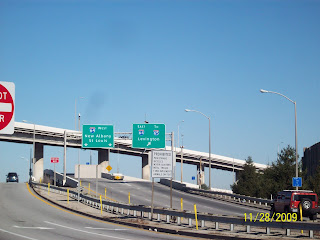 e the earache got better, it was colder than cold (not to mention raining), and I haven't ridden in a bit. Maybe Sunday - it looks like it might be a little better out.

But in the meantime, I finally downloaded the pictures I took on the way home two weeks ago, as I came through downtown Louisville.

On Market Street, as you're coming out from the West End, you pass a couple of places of interest -- like the Glass Factory, whe 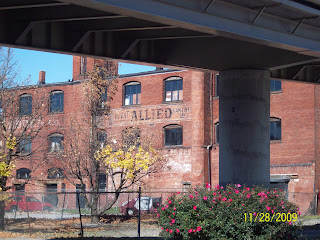 re they used to have the world's greatest jazz club before it gave up the ghost, and where they still let you make your own glass ornaments, in addition to watching glassblowers as work -- and then you pass under the highway and you're downtown. 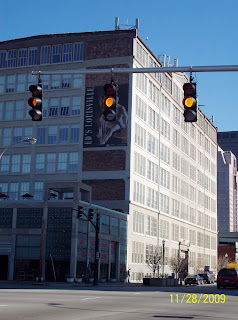 The incredible thing to me is that, looking back over my shoulder as I waited for the light, I could see roses still blooming in the post-Thanksgiving chill. 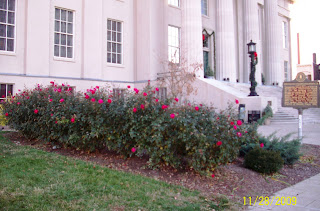 Of course, the big thing on Thanksgiving weekend is "Light Up Louisville," when they turn on all the Christmas lights in the courthous 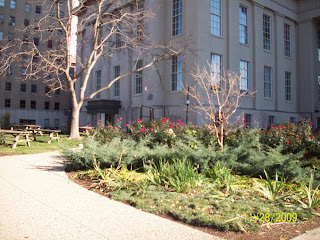 e square. This year the big deal was that they switched everything over to LED lights to save money, which is good. Beats the heck out of a few years ago, when they were bringing in 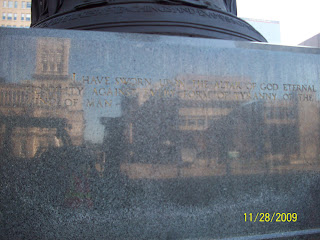 the big tree via helicopter and they kind of dropped it...

And there were roses in the square, too.

Cynthia
I'm older and smarter than I used to be. Also weirder. This is good. Accomplishments I'm proud of: Raised three kids (super human beings all--weirdness pays off!); learned to like my parents; rediscovered my passion - writing fiction; questioned authority and done things my way since I was old enough to talk in complete sentences; listened to a lot of music and read a lot of books; learned to knit; followed my heart -- and occasionally, followed the Dead.